Fastest Dog Breeds in the World 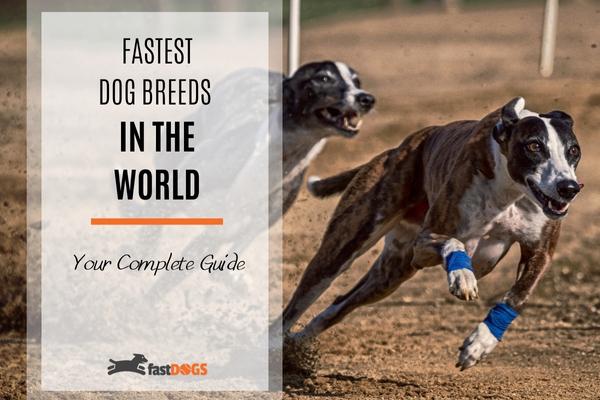 What are the fastest dog breeds in the world? Ever since the beginning of time, man has been obsessed with breeding canines and combining the best qualities to result in their dream dogs. These animals have then been our most loyal companions, and we’ve given them our whole in return. Just like humans have different natures, so do canines.

We all gravitate towards the dog that speaks to our intrinsic nature. While some people may lean towards a calm and steady hound, a lot of people prefer dogs with high energy levels and speeds to match. To help you in your journey towards adopting such a dog, we’ve compiled a list of the fastest dog breeds in the world.

Are You Looking for the Fastest Running Dog?

A question many athletic dog owners have wondered over the years. If you’re a hiker or a biking enthusiast, you’re probably not looking for a couch potato. You need a dog that can keep up with you in your pursuit of the great outdoors. Perhaps a daily running companion to accompany you on the trails?

People living on farms or access to wide open spaces love having the fastest running dogs with endurance to match. Not only are these canines an asset in their daily working lives, but they also get in good exercise without having to leave their homes.

Which Breed Should You Pick?

When the time comes to adopt a dog, it’s hard to pick just one. Even if you know you want the fastest dog, which breed should you go for? Sometimes you connect with a dog, but they don’t tick all the boxes you had in mind. However, they have a way of sinking their little paws into your heart, and then it’s game over.

A good way to prevent that is to have an idea in your mind of the kind of dog you want — consider size, activity level, trainability, high/low maintenance, etc. List all the characteristics you’d like, factor in your lifestyle and then take it from there. Keep narrowing it down until you reach the exact breed you want, then search to adopt that one specifically.

Top 10 Fastest Dogs in the World

So you’ve finally figured out that you want a speed dog. But which kind to get? To help you in your quest, we’ve compiled a list of the fastest running dogs you can adopt. Some bow-wows are specifically bred for speed, while others may not be that fast but have the endurance you’d desire.

Take a look to help you pick the pet of your choice. The top 10 fastest dog breeds, in no particular order, are listed below: 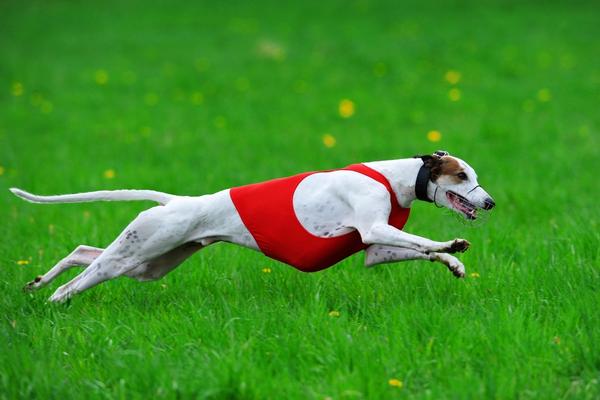 If we’re discussing the fastest dogs, there’s no way Greyhounds don’t make the list. They’ve been bred as racing dogs for decades. How fast can a greyhound run? Known as the fastest dog in the world, they’ve been said to reach speeds up to 45 mph. Comparable in build and stride length to a cheetah, studies have shown the Greyhound can give this big cat a run for its money. 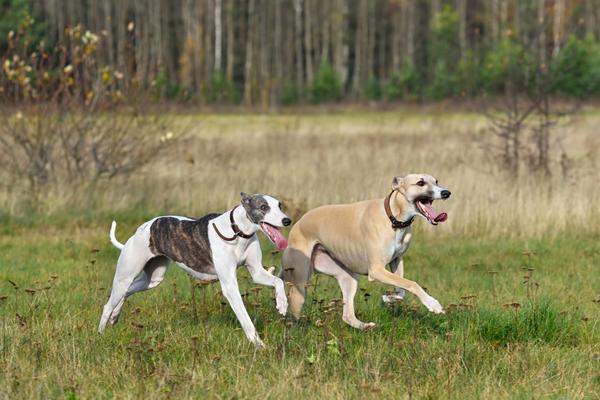 These look like smaller Greyhounds because they’ve descended from them. How fast can whippet run, you ask? Excellent question. Swift and speedy dogs, these “poor man’s racehorses” are known to reach speeds up to 35 mph. Despite being canines that love to run around, they do well in apartments due to their tendency to bark less. Hence, as long as they’re well exercised, they can be super sweet and well-behaved city dogs. 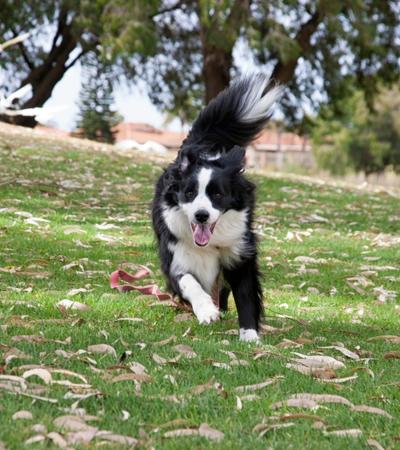 Extremely physically fit, Border Collies are one of the fastest dog breeds in the world. They’re also excellent herding dogs, so they’re often used by farmers for rounding up sheep. The fast speed is accompanied by endless amounts of energy, which needs to be directed towards a goal. Nudging and nipping sheep towards a destination is an excellent way for them to focus that energy in a way that’s also useful for their humans. 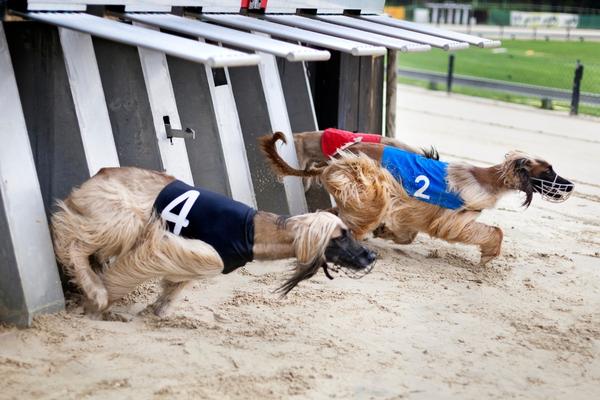 With speeds of up to 40 mph, Afghan Hounds are bred to hunt in the cold climate of Afghanistan. Their slightly stubborn and aloof nature makes them a pain to train. But they’re excellent hunting dogs, relentless in pursuing their prey. If you’re looking for a hunting hound, they’re exactly the dog you’d want to adopt. 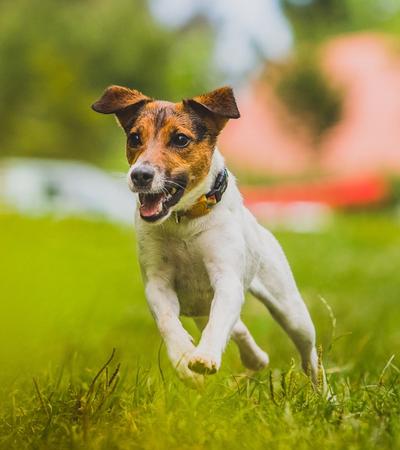 Do not be fooled by their tiny size. These small dogs are known for their lightning speed. They’re strong and agile hunting dogs with fiercely protective instincts. Jack Russells were originally bred in England for fox hunting. Their friendly nature makes them excellent pets for people with lots of space to tire them out. 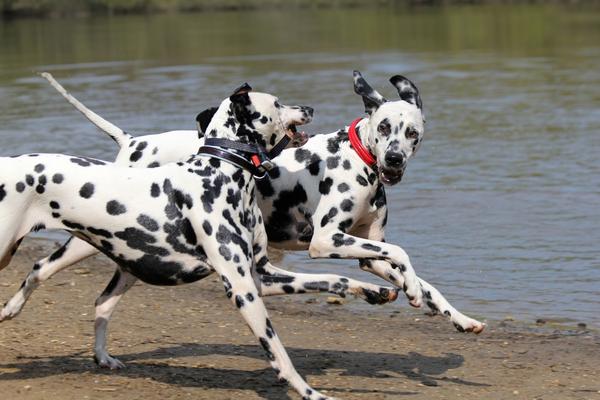 There’s a very good chance you only know about this dog because you’re a Disney fan. These black and white canines are among the top 10 fastest dogs in the world. The explosive speed is only outranked by their incredible endurance. The combination also makes them excellent guard dogs. If you need a running or hiking partner, the Dalmatian is definitely your go-to. 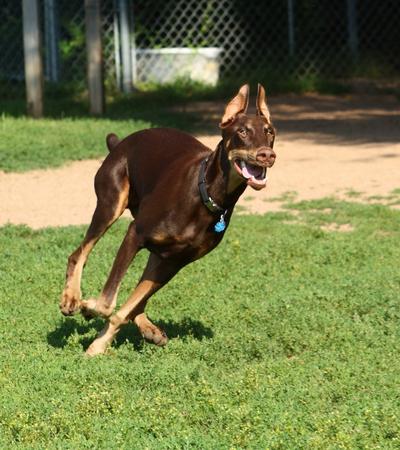 Dobermans are known as canine royalty. They have a keen sense of observation, which means they’re most commonly used as guard dogs. They were initially bred for this purpose in the nineteenth century by a man named Karl Doberman. How fast can a Doberman run? Up to 32 mph, which doesn’t make them the fastest on this list, but they’re still pretty swift. 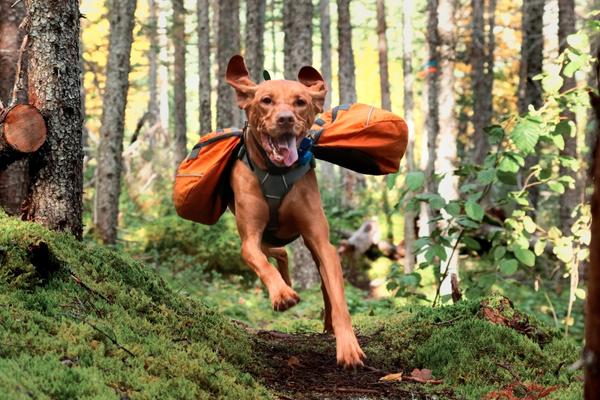 This name comes from the literal translation of the Hungarian word for ‘tracker.’ Vizslas are splendid hunting dogs with a vast supply of energy. Their gentle nature makes them excellent with children. They’ve been recorded as running up to 40 mph. 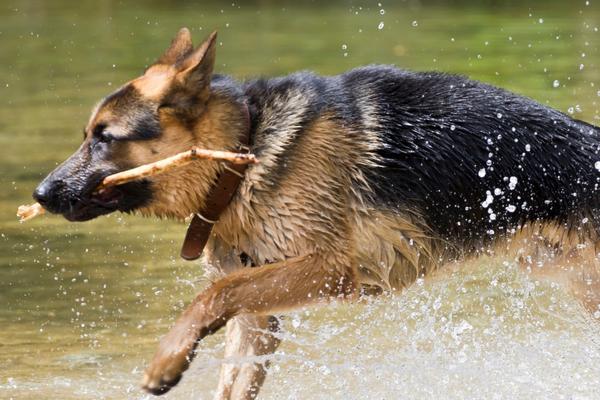 Most commonly used for police and military work, German Shepherds can run up to 30 mph. They’re fiercely loyal and easily trainable; which makes them excellent guard dogs. Also known as being one of the most popular dog breeds in the world, due to their courage and steadfast nature. 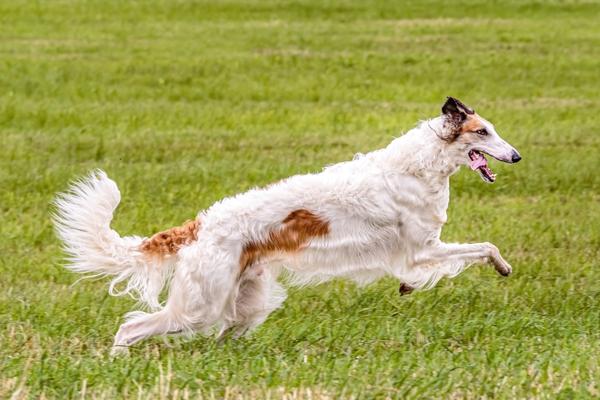 These gorgeous Russian Wolfhounds have flying speeds of 35 to 40 mph. Originally bred for hunting yet with a goofy happy temperament, the Borzoi make excellent apartment pets. Despite their hunting instincts, they mostly like to lounge around inside all day or stick as close to their humans as possible.

Within the breed of fast dogs are canines with varying personalities and natures. If you’re looking to adopt one of the fastest dog breeds in the world, this list will provide you with a starting point. You can then figure out which characteristics you’d love to live with and adopt a furry companion for life.