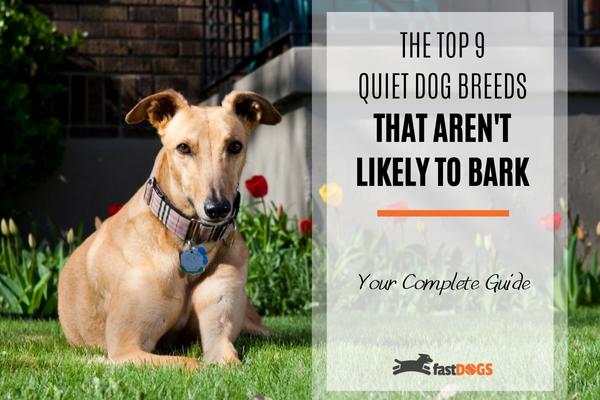 Dogs bark to communicate with their four and two-legged buddies — yet quiet dog breeds don’t woof as much.

And, while barking is ‘normal’ to a degree, for example, a sign of distress or demand for your attention. Yet, if you or your neighbors have an aversion to constant canine-related noise disturbances — you may find yourself gravitating toward dog breeds that bark less.

We've got you covered — we delve into the facts about these quiet dog breeds and the reasons why some dogs bark more than others.

Why Do Some Dogs Bark More Than Others?

A dog's propensity for barking is mostly a product of genetic make-up and selective breeding for certain traits. Their predecessors were bred for different purposes, and due to this — some dog breeds ‘talk’ more.

Plus, dogs are influenced by the environment in which they live — posing a significant impact on them. For example, take a bow-wow born into a noisy urban environment and a dog in a peaceful rural area. The former would become accustomed to the sounds around them, thus less likely to bark at disturbances.

Another factor to take into consideration is — when dogs are predisposed to specific medical issues — this can have an impact on how loud or silent they are. For instance, dogs with respiratory problems may bark more to bring awareness to their issues or may not bark at all if they are unable to — owing to their illness.

Finally, you can emphasize that your dog's temperament matters. While dogs have specific reasons to bark — several factors may make them more prone to do so — territorial disputes, boredom or loneliness, feeling threatened or scared, and irritation.

At this point, it matters a lot when looking for a quiet dog breed to be aware and knowledgeable about these breeds. Read on to grasp the reality concerning the varying quiet dog breeds.

The general consensus is that small bow-wows are more ‘talkative’ than medium or large dogs. However, if you favor a toy-sized tail-wagger over a huge hound, don’t panic, there are small dogs that don't bark.

Here’s a roundup of our top nine quiet dog breeds, large and small, that understand that silence is golden. 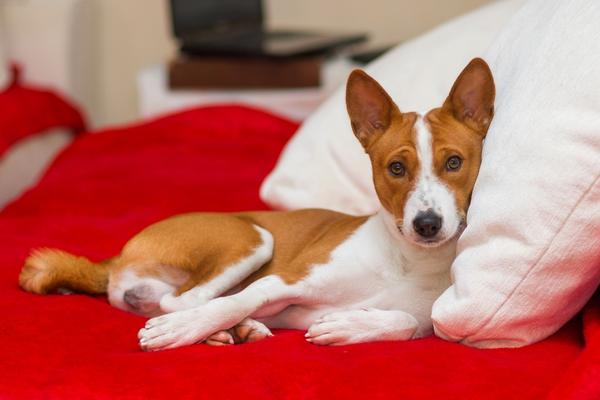 All dogs bark — well, almost all. Originally from Central Africa, the Basenji has to be one of the most quiet dog breeds, it’s the only dog that cannot bark at all. This is due to its specially formed larynx, which transforms every vocalization into hoarse laughter or yodeling. So they aren’t completely silent.

The medium-sized Basenjis are probably the oldest dog breed in the world. They’re strong-willed and need a lot of patience when training. However, if you’re looking for a companion who shows their pet parents unconditional love, the free-spirited Basenji could be the right choice for you. 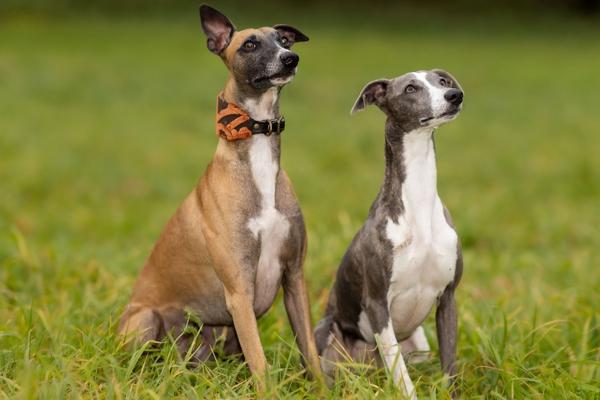 Not only is the Greyhound the fastest dog in the world, but it’s also one of those dogs that don’t bark much. This sighthound was originally bred for hare hunting and is still the star of dog racing in England today.

Interestingly, Greyhounds need relatively little exercise. With a few sprints a day and a good hour's walk, they’ve spent their energy. After that, they love to lie on the couch and watch TV with you. 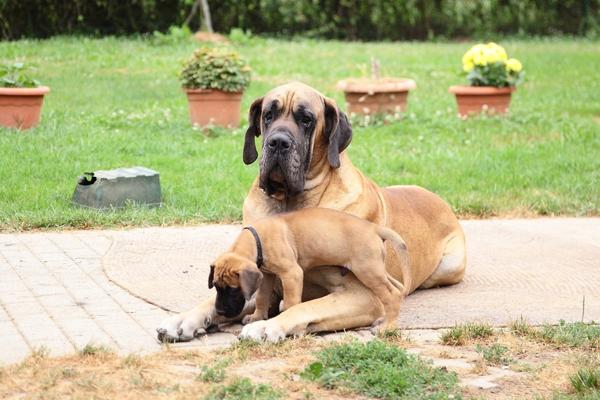 Although not obvious due to their imposing size, Great Danes are among the most laid-back breeds out there. They get along well with children, dogs, and even strangers — at least those who are not immediately put off by the size of these four-legged friends.

Due to their high energy level — Great Danes demand a lot of exercise as well as food. They’re known to be lively and incredibly amiable as they fall into the category of dog breeds that bark the least. 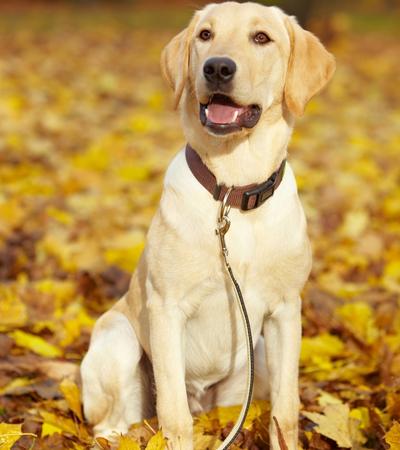 Patient, super-friendly, and playful — that’s the profile of the Labrador Retriever. Originally bred for retrieving game, yet this breed has to be one of the best for families.

These furry friends can relax for hours in complete silence, but they’re always enthusiastic about every ball game. However, their curiosity sometimes gets them into trouble — especially when food is involved. 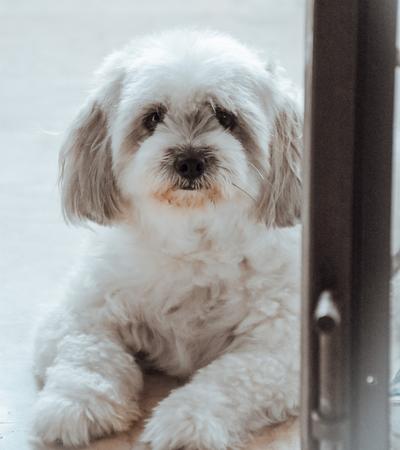 Lots of personality in a compact package — the long-haired Shih Tzu is a popular dog that doesn't shed and doesn't bark much. They only do so when necessary, and it's not very loud either. Their ‘voice’ is different from the typical yappy sound some small dogs make.

Thus the breed is an ideal, cuddly family dog who likes to be the center of attention. The Shih Tzu is also very fond of children and doesn’t mind being their hairstyle model. However, at times they like to get their own way, so their stubborn streak may shine through. They’re also considered to be appropriate dog breeds for apartments. 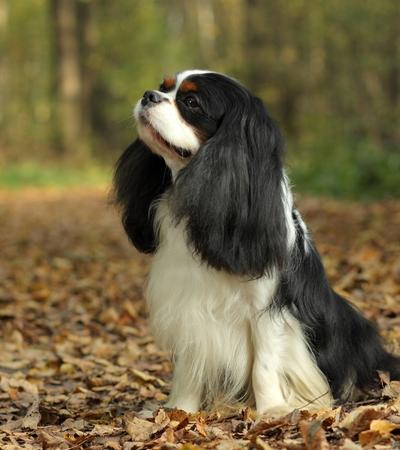 When it comes to dog breeds that bark less, the Cavalier King Charles Spaniel cannot be left out. This breed is the perfect example of a lap dog, preferring nothing more than quiet days on the couch beside their human rather than strenuous activity.

These four-legged friends are very intelligent and need a lot of mental stimulation, whether it's through puzzle games or learning little tricks. They’re also comfortable in small apartments, and they hardly ever bark — except for when they need to alert. 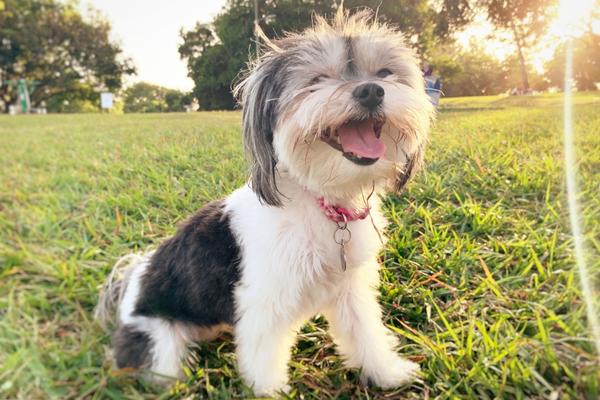 You could say the Havanese is unique, in that, this is the only breed to originate from Cuba. They are renowned for being affectionate and devoted companions.

As a typical lap dog, the Havanese loves to make new friends, whether that’s with the four or two-legged kind. However, the breed can be very strong-willed and requires consistent training. Games and lively play are ideal activities for them, but as for guarding your front door — that’s too boring for this bow-wow. 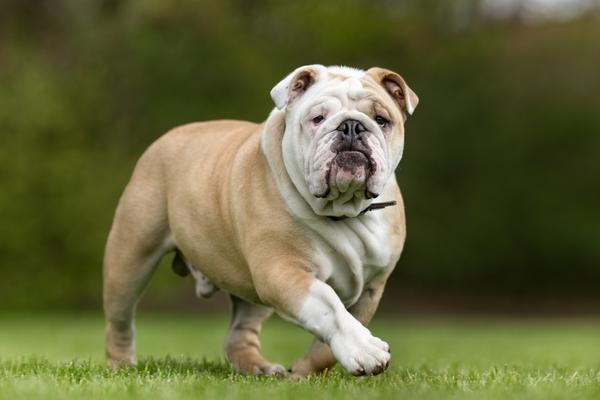 English Bulldogs are not prone to barking, thus considered one of the quiet calm dog breeds. With distinctive facial wrinkles that make them look a little sour-faced. Yet, Bulldogs are also affectionate and love to listen to their owners, making them ideal companions for newbie pet parents.

They’re content with little exercise as their stamina isn’t the greatest. That said, they make up for this quirk with lots of drooling, snoring, and passing gas, which, to be fair, isn't for everyone. 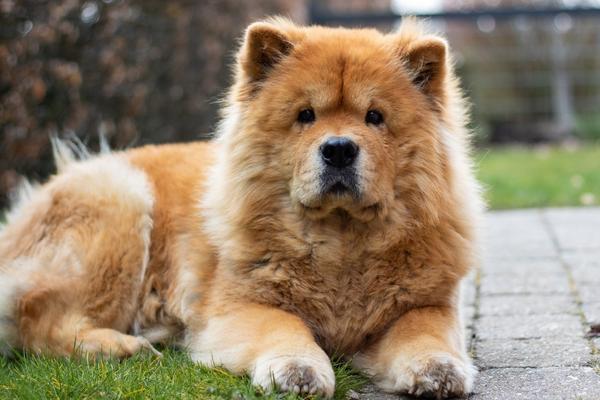 A loyal, tough dog with a distinctive ‘big-fluffy-bear’ look, the Chow Chow is one of the dogs that don't bark unless in danger.

This bow-wow is devoted, yet its personality can be a little stubborn. Hence, don’t bother pushing them to do something if they don't want to. For this breed — it’s best to start training at an early age, the sooner, the better. And, reward-based training will produce better results.

There are a variety of quiet dog breeds out there. Whether you want a gentle giant or a small calm dog that will live peacefully with you — not being a noise nuisance to you and your neighbors. Either through training or adequate exercise — any of these calm pets could be a perfect match for you, and will undoubtedly set you up for silent success.

How Do I Stop My Dog Barking?

Try diverting your dog's attention until he stops. For example, make a loud noise at the exact moment he starts barking, or you can throw something — like a toy, towards their feet.

What Breed of Dog Is Calm, Quiet, And Small?

Aside from the Shih Tzu, Havanese, and Cavalier King Charles, other quiet small dog breeds, that are also calm include:

What Dogs Do the Least Barking?

Dog breeds that bark less, come in varying kinds, some of which are likely to give you a more peaceful life. We’ve listed nine above, yet a few more include:

What Dogs Are Lazy and Quiet?

Let's face it — playing with your dog is fun, but it can also be very exhausting. Hence, choosing a breed that’s a canine couch potato may be the best choice for you. The following are breeds to take into consideration:

What Is the Quietest Dog To Have?

Varying breeds of dogs are considered to be the quietest, but the Basenji leads the list. Known as the ‘barkless dog,’ it stands out for not barking, preferring to chortle or yodel instead. This is the ideal choice if you want a hound that knows the meaning of hush.